In 1977 New York was not in a great shape. The criminal rate was high and the morale of New Yorkers was low. The New York officials then decided that something had to be done. The New York State Department of Commerce turned to Madison Avenue and hired advertising agency DDB to develop a marketing campaign for New York State, in order to boost the morale and attract tourists to the city. Meanwhile the Department of Commerce also recruited Milton Glaser, a young graphic designer to work on the campaign. Based on DDB's advertising campaign he created the design that eventually became famous. His first sketch was made in the back of a yellow NY cab on a piece of envelope, which is now stored in the Museum of Modern Art in New York. Glaser did the work pro bono, because he had expected that the campaign would last only a couple of months.

When Chip Kidd of the Believer magazine interviewed Milton Glaser in 2003 Mr. Kidd said: »Oh my God. “I ‘Heart’ New York” was pro bono! Yikes! Frightening!« But Glaser replied: »No, that’s what it should be. You want to do things like that, where you feel you can actually change things.«

Today, I ‘Love’ New York (or I ‘Heart’ New York) design is still one of the most recognizable pieces of design in the world. However, it lives a life of its own. On my recent trip to New York I've seen the logo in various shops that sell licensed and unlicensed merchandise, I've seen it on facades, on stickers, on cars … basically everywhere. One of most common parts of merchandise is of course magnets.

Glaser’s logo was one of the most important factors that helped New York to get back on its feet and it’s now one of the safest (if not THE safest) big cities in the world. In I ‘Love’ New York the city has worldwide known symbol that has caused hundreds of imitations, but also a symbol/sign/logo that helped building the “New York brand”. There are of course cities with very significant symbols, which can and are used for branding (e.g. Paris has Eiffel tower, Sydney has opera house, Moscow has Kremlin, Washington has White House and Pentagon, Rome has Colloseum …) but there are not many cities with such recognizable logo. 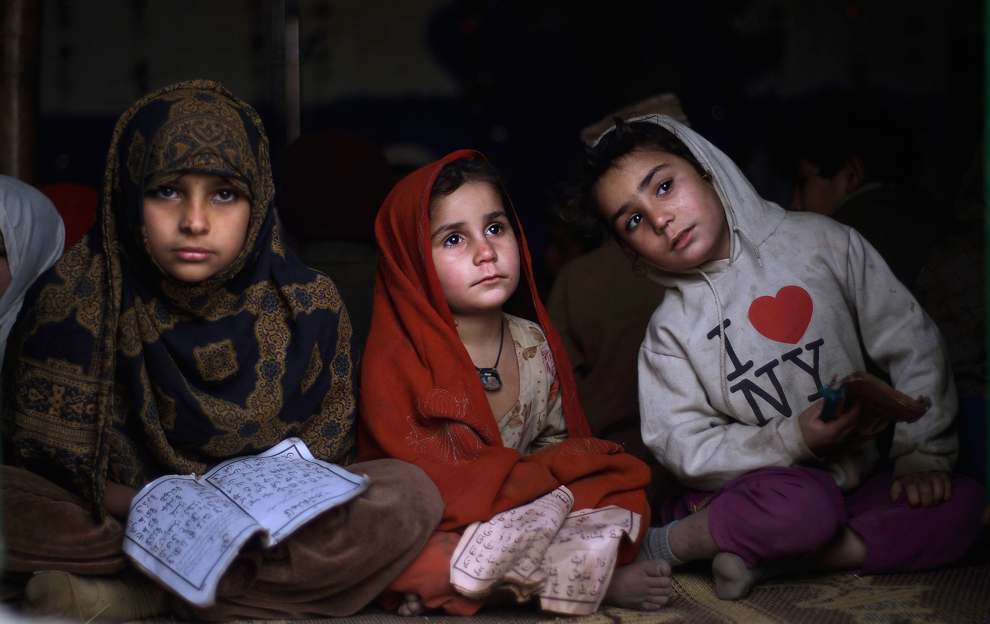 I ‘Love’ New York’s global appeal can be seen on the photo above. The photo is a part of photo series Pakistan: Daily life by the Associated Press photographer Muhammed Muheisen that was published on the brilliant website The Big Picture, a part of Boston Globe. Even though those photos represent only one segment of Pakistani (rural) life, you can see something extraordinary on that photo. Somewhere in the middle of Pakistan a child is wearing a sweater with I ‘Love’ NY logo.

To really understand the importance and the greatness of the logo I’ve found an opinion from a person who knows a lot about graphic design. Maja B. Jančič, a renowned Slovenian illustrator and graphic designer, has provided an exclusive comment for Brands & Films. She said:

“I am more and more convinced Milton Glaser is one of those rare personas of old generation of graphic designers (of any generation, to be honest) who never gained on pretentious attitude nor lost the notion of playfulness and always retained a humane voice in his works. He once said: “I don't have an absolute sense of what things should be like. It's all relative.“ If we for a second consider thinking it's bold to use the illustration, the drawing as he uses it in design so often, for me it is almost self-understandable: drawing is thinking and in many ways Glaser's thinking is subtle, simple yet sharp and to the point. And that was always a formula for good design. Logo I ‘Love’ NY is a great example; it is a rebus, done in a manner of just a little bit of style but not too much. Appropriateness wanted or not, is amazing to this day. Like a fantastic piece of pop music we understand it quickly and at the same time feel welcome to sing along.”

Maja B. Jančič is an independent graphic designer and awarded illustrator from Ljubljana, Slovenia. She is a many-sided creator with the fine upbringing from the Ljubljana Academy of Fine Arts and Design; with a published book of short stories she authored herself, with a history of critical writing and with a wide range of professional experience with design studios, marketing agencies and publishing houses. In short: designer by profession, analyst by nature, artist at heart. You can follow Maja on Twitter or check her website.